The Apollo Memorial Library is the oldest library in Armstrong County.  In 1878 a group of citizens under the leadership of James S. Whitworth organized the Apollo Library Association and opened a reading room in the old Malta hall.  The books left by this committee as well as by the Chautauqua Reading Circle of 1890, formed the nucleus of the collection of the Apollo Free Library, chartered in 1908.

At that time the members of the Women’s Club of Kiskiminetas Valley organized a library and presented it to the townspeople of Apollo.  It consisted of 650 books when the doors first opened on Dec. 8, 1908, and 32 people  enrolled as readers that day.  The first books were checked out on December 24, 1908.

The first library board of trustees was elected December 3, 1908 and consisted of 6 men and women.   Agnes Mullen served as the first librarian, holding this position 45 years, until her death in 1953.  Her successor was her niece, Amy Snyder.  The Apollo W.C.T.U. Building provided a home for the library from 1911 to 1965.

The demand for library services increased and the facilities in the W.C.T.U. Building were inadequate to meet the needs.  In 1962, Mr. & Mrs. J. Farrell Bash gave a $50,000 memorial in honor of Mr. & Mrs. George D. Wallace for the erection of a new building.  The name of the library was changed to Apollo Memorial Library and incorporated in 1964.  The new building opened in September 1965.  This building, located at 219 N. Pennsylvania Avenue still serves as the current home of the library. 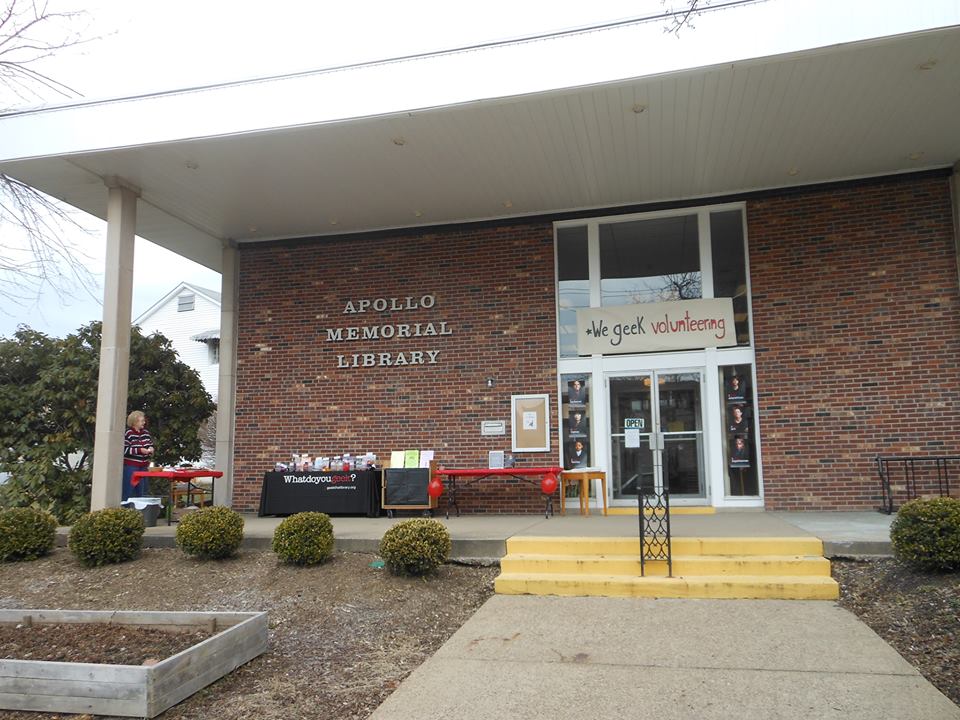